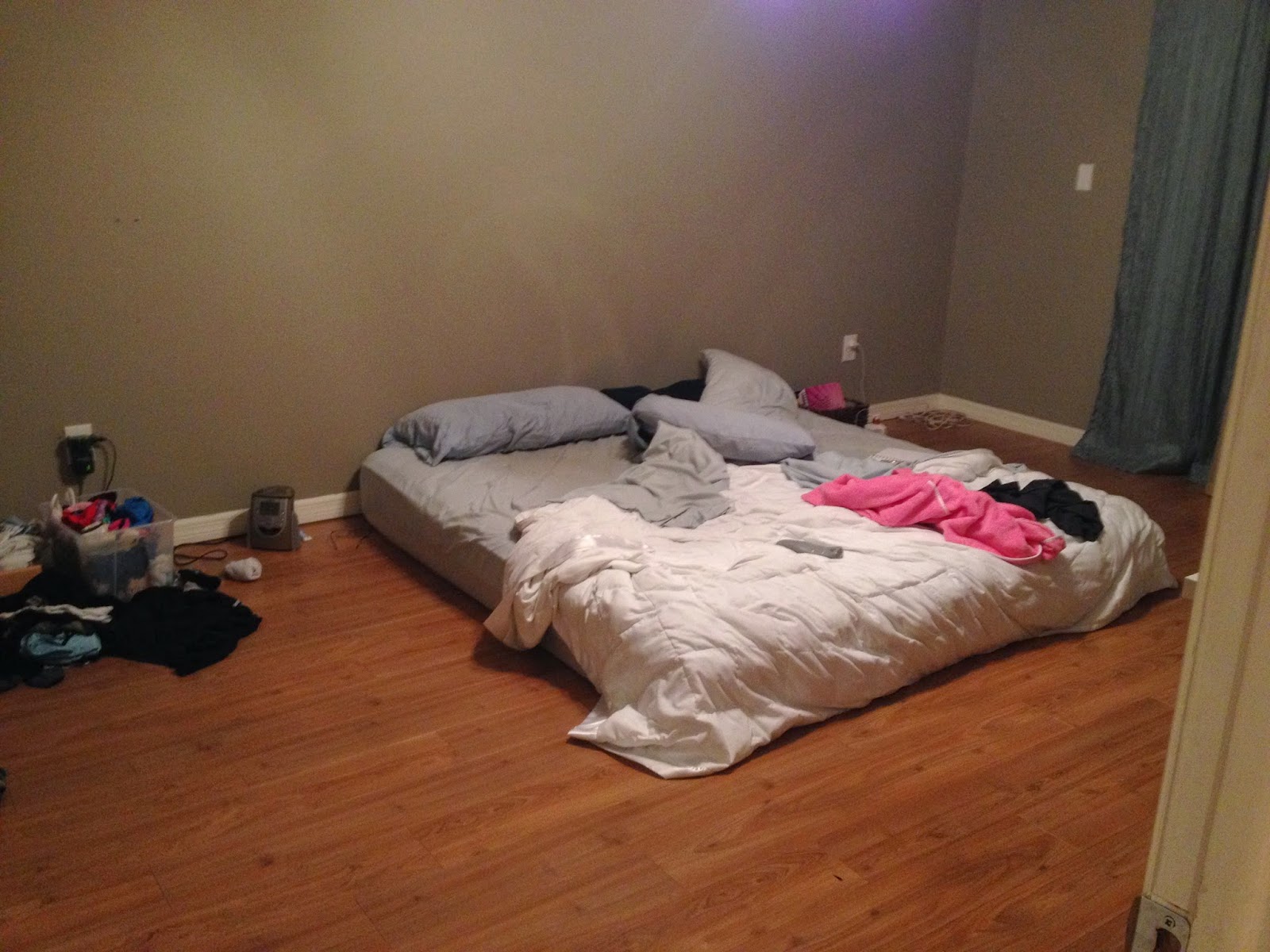 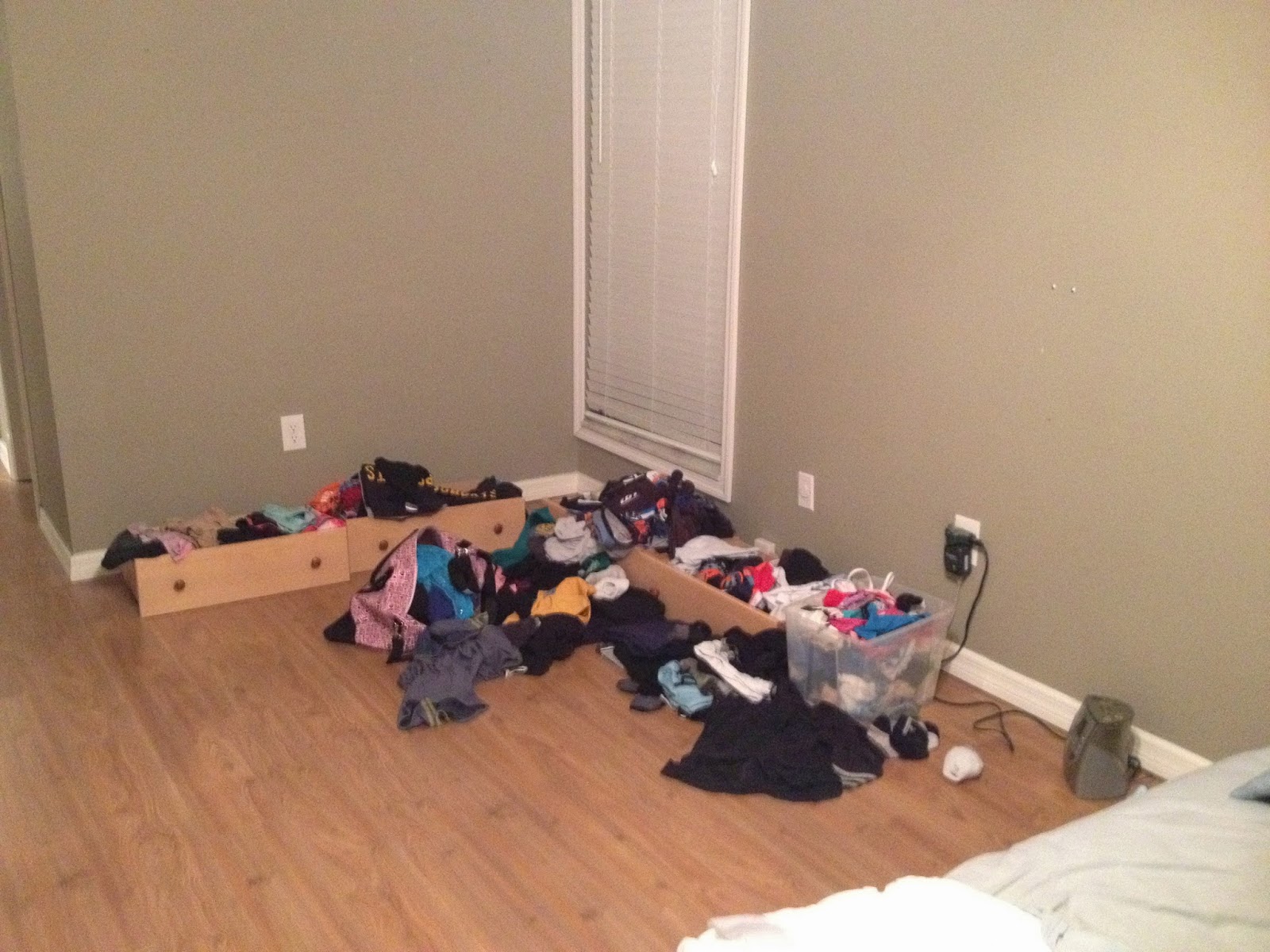 Brain dead.
Physically exhausted.
Overwhelmed with the chaos that is my house right now: boxes and Tupperware and drawers overflowing (literally) with clothes that are no longer even in any sort of pseudo-order.
The mattress on the floor is not too bad, though. With the exception of needing to put my knees practically up to my ears when I get up in the morning, the set up is surprisingly comfortable. (Maybe considering the fact that I am getting to the gym less and less these days, I should start counting that one exit out of bed each morning as a full squat/lunge.)
The original closing date for our current house was April 14.
Then it was April 16th.
Then it was "on or before April 30th."
Now here we are, living with a TV that has no cable; a kitchen containing only 6 spoons, 3 knives, 8 forks, one small pot, and one small pan; a refrigerator with only milk, eggs, left-over brie, 5 Coronas and one bottle of red wine; and we have no closing date.
Now we were told "it should be by this Friday."
I realize that this is not a Big Deal.
I realize that this is minor.
An inconvenience.
An annoyance.
But I'm really inconvenienced and majorly annoyed.
I am thinking it was a good thing we kept the beer and wine. 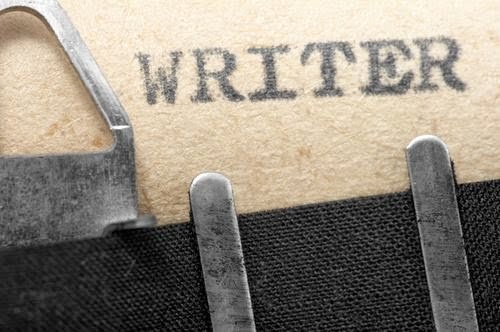 While I've been busy trying to dodge the man-eating boxes invading my house, this blog turned 5 years old. Five! That's a biggie, no? I mean, when my first-born turned 5, we threw him a full-blown party--complete with an acrobatic, wall-climbing Spiderman impersonator (trust me: it was one of the rare times in our parenting history when we did something really expensive and over-the-top, but thankfully, it was actually worth it).

When I started, I wondered if I'd survive the year (and early motherhood). And look at me now: preparing to switch over to Wordpress all by myself, with a brand new domain name and everything (and no longer crying hysterically from sleep deprivation and the identity crisis that often comes with becoming a new mom).

My blog and I are all grown up.

This blog was born of need and desperation. I was out running and doing what I usually do when I hit that good runner's high: attempting to recreate myself in my own head. (Maybe this is why I'm getting boring as I'm gaining weight--my knees have finally decided to strike in protest until I give in to the surgeon, and running is a distant memory.) I was thinking about how much I miss writing--the words, the sentences, the musings, the freedom. As my feet pounded the asphalt, my brain pounded out ideas, much like that  "I Love Lucy" episode in the bonbon factory.
I need to write again. I used to write a lot. Maybe I should write a book. Could I really write a book? I have no brain cells lately. I can barely stay awake, let alone write anything. How could I come up with a plot and characters when my own life is a dizzying whirlwind of diapers and potty training, bottles and sippy cups, first steps and tantrums?
The main characters of my own real life, Ben (then, 4) and Aidan Kai (a few months old), were draining the creativity and energy out of me. That's when it hit me: write about them. Write about how hard and wonderful and funny and scary this--Motherhood--all is.

I remember walking in the door at the end of my run, sweaty and red-faced, and proclaiming to Hubby "I need a minute!" I marched straight over to the computer that sat tucked away in a corner of what was supposed to be the family room, but was really the toy-bin-and-baby-floor-mat-area/indoor-soccer-field/general-room-of-crap-and-miscellaneous. I opened Word and typed nearly frantically. After a few minutes I was done, and on the screen, where the cursor still sat blinking, were several sentences and a mishmash of notes on essays I thought I could throw together into a book. Musings on what my life had become since I'd had my kids, how I'd changed as a person--in ways I had wanted to and in ways I absolutely had not. Anecdotes, basically.

What I thought, at that moment, might be chapter titles soon morphed into blog posts.

The title But Then I Had Kids came relatively easily. It seemed to me, then (and sometimes still now), that all my reasons and excuses for not being able to do something--anything--were related to my kids.
I used to be cool. I used to travel. I used to go to fancy martini bars. I used to be interesting. I used to be thin(ner). I used to skip undereye concealer. But then I had kids. I walked around in a daze, for about 3 years, eyes unfocused, disoriented, tired, overwhelmed, and feeling guilty about all of it, while my boys were babies.

Those 269 blog posts not only helped get me through those early years, but they helped me rediscover my writer's voice, my craft, and my sense of self. They gave me an outlet for venting and connected me to other women and writers who felt the same way. They helped me be a part of something bigger than my often-cramped world, and pried open my head so some of the noise could escape.

I've beat myself up quite a bit over neglecting this blog. No matter the stage, it's never been enough:
I'm not writing enough or I'm not writing well enough. I don't have enough comments or I haven't followed other blogs consistently enough. I'm not social-media savvy enough or I'm not disciplined enough to keep up with it like I should. I don't put enough into it--ever.

Over the last year, I've tried to take in some of the advice I've learned from other writers: that I need to approach the work as I can, and sometimes that means dedicating hours to it a week, while other times, it means only a bit at a time, if at all. I have to remind myself constantly that I am a full time teacher, wife, mother, friend, and individual...and that all of those roles need my attention. My role as Writer might sometimes monopolize a lot of my time, but more often than not, the best I can give it is a few inspired but exhausted minutes at the end of a long weeknight.

I had hoped to have my new blog site up and running by my fifth anniversary. Not only did I not meet my self-imposed deadline (I am really starting to think I should have a section dedicated to the word "self-imposed" on the blog), I actually forgot my blog's anniversary...and then even after I remembered, only got to writing about it nearly a month later. You do know I fretted and beat myself up a bit over this, right? I guess after 5 years,  you all know me pretty well. But it's all good. You know I ain't going anywhere.

Happy 5th Birthday, Little Blog. Thanks for the ride.
Posted by Liz Aguerre at 10:52 PM 3 comments: