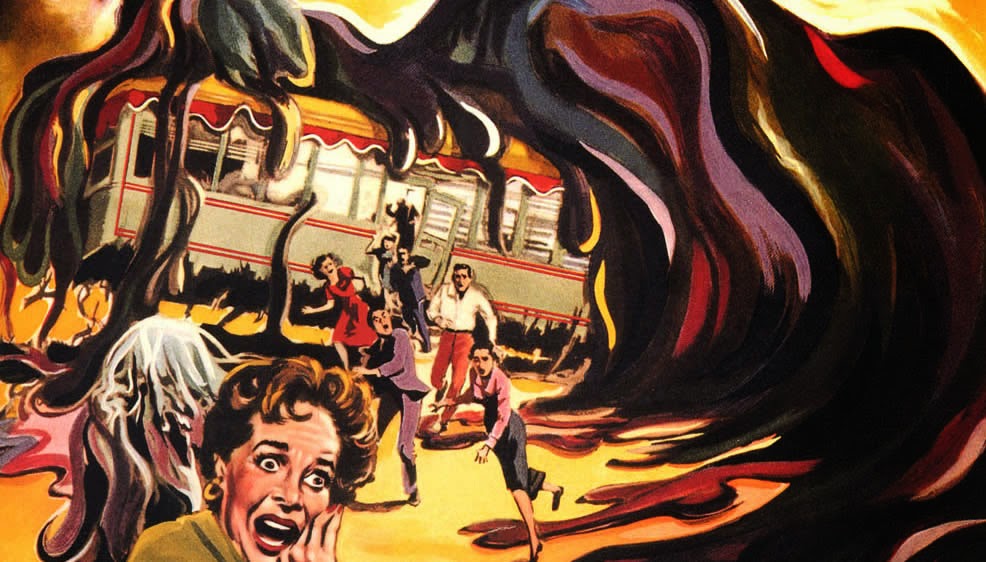 They are going to eat me pretty soon. Like the blob in that old tacky black and white horror movie from the fifties. The boxes, I mean. They are everywhere.

I am sitting on the sofa--the one that is perpetually stained, no matter how much stain remover and steam cleaning we throw at it--in the sunken-in part. (Why does it seem that I am always on the sunken in part of the sofa for Just Write Tuesdays?) My butt is dividing the two cushions...I feel like I'm falling in. Maybe the sofa is going to eat me, too.

I like my stuff pretty neat. Not like OCD neat. In fact, I relish a good chaotic Tupperware cabinet. But I have a hard time relaxing when shit is everywhere.

I thought I would enjoy my house these last few weeks, before the move. But really, who am I kidding?
There is stuff everywhere.

At first, I tried to contain it: boxes in one corner, garage sale items in the other; then, pick up the book bags, mail, lunchboxes, jackets worn for the day and tossed on the floor by the door. I thought it would help me relax--picking up the day-to-day stuff--still feel like the owner of this domain, still feel in control. Then I could still enjoy a movie or a book or a glass of wine or some sex....if I wasn't harping mentally on the piles and piles of stuff. But really, now, there is no more containment. It has all exploded.

As we watched a movie Sunday night, I did a really good job of ignoring the 18 boxes piled next to the TV. Each one labeled in thick, black Sharpie. LOFT. WINTER CLOTHES (which, in South Florida, thankfully means a sweater or a turtleneck tossed haphazardly into a giant box). LAUNDRY ROOM. There's another box that Hubby labeled with BIKING CLOTH. I am sure he just ran out of space or time for the ES since I never would have married a man who can't spell clothes.

The family room was an empty space that we have barely used over the last 7 years except as a mini soccer field for our boys and a dance floor for parties. Now, it houses bags and bags (and not the grocery store reusable kind, but actual hefty sized garbage bags...some the kind you can only buy at Home Depot that say something intimidating on the box about Contractor Use) of garage sale items: The Excess. The stuff we've hoarded for all these years because we needed it except we never used any of it.

As I type this, sitting at my kitchen counter, my laptop and phone share the black granite space with two business cards of realtors we are not even doing business with, a post-it with 4 items all scratched off, three pieces of random junk mail, my son's pencil box covered in shiny animal stickers, a coupon for my favorite Mexican place, a 100-dollar-bill-looking eraser, some kind of army Matchbox-looking vehicle I've never seen before, and an index card with a chart depicting exactly how much we will save per month if we get the house on which we just put an offer. There's a towering pile of newspaper and tissue paper on the floor in the corner of my kitchen, waiting to wrap up my delicates. On the other kitchen counter, there's a box of random mail belonging to my husband, an opened bottle of Dreaming Tree red wine, coupons from my son's class, several print-outs of houses for sale, and a bewildering amount of old X-rays (the actual films and the CD's). The old stuff, in need of being tossed, sold, or packed is now mixing in with the new, daily stuff. It is this that is threatening to totally annoy and overwhelm me and send me into a mood reserved only for serious PMS days. I think about tackling some of it as soon as I finish this post. But then I think: Nah. I'm gonna bury my head under the covers for the night. (Isn't that better than running away screaming like in the movies?)

The Decisions That Matter 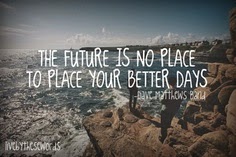 I am thinking maybe I should change the name of this blog to But Then I Sold My House.

Not only is it the only thing I’ve been writing about lately, it’s also the only thing I’ve been thinking about. So yeah, for those of you who have been around (here, or in my “real” life), no more Open Houses for us. We sold. (Not, mind you, thanks to the aforementioned sucky open houses, but because we finally caved and listed on the MLS, which just goes to further prove my theory that Open Houses really do suck). We officially listed our house on Friday morning and by Sunday afternoon we had not one, but two, buyers. Somehow, in a matter of a month, I have gone from just considering the possibility of moving, to signing a contract and running around town collecting liquor boxes for packing (it would be even nicer if the liquor was still in them).

I would never describe myself as a risk-taker.

More of a chicken.
With anxiety.
And a near-compulsive need to control everything and avoid change of all sorts at all costs.

Except, maybe I’m not.

I’ve given this some thought, and I’m starting to think that maybe I am a little gutsy…at least when it matters.

Take, for instance, my divorce 15 years ago. I was 25 years old and had been married to a man who everyone thought was the cat’s meow, but really, he was just a pussy who constantly told me to lower my voice and wear more beige. I didn’t tell anyone I was thinking of leaving, because I knew everyone would try to convince me to stay, and to be quite honest, back then, I was too young and too scared to be really confident in my choice. So I mulled it over for 2 years, alternated between trying to be what he wanted me to be and being even more of what I truly was, and made myself nearly sick with anxiety and resentment. When I finally walked out and told people, I had almost no support. My parents thought I was crazy and barely spoke to me (except to tell me I was crazy). My sister told me she thought I was making a huge mistake that I would regret for the rest of my life and “simply could not support this.”  My best friends told me they couldn’t be my friends anymore because “divorce is against the Catholic religion” (I kid you not). People at work kept whining: “But whyyy? He seemed like such a niiiice guy and you guys made suuuuuch a cuuuuute couple…”

Over the year that followed I got my own apartment for the first time in my life, started dating the man of my dreams, and became my own person. Now, in the interest of complete disclosure here, I will admit that, on most days, I did not accomplish all of this with grace. Not even close. I was a blubbering, anxious, over-eating, not-sleeping, therapy-attending, scared shitless little mess.

But I did it anyways.

And now here I am, selling The Dream House Of My Grown-Up Life, moving in temporarily with my parents (they no longer think I’m crazy—or maybe they do, but they just don’t tell me anymore), buying an RV to live and travel in over the summer, and hoping to eventually find a house that will be smaller, cheaper, but still "cute enough," so that we can live the Life We Really Want. I have no idea what the next 6 months hold in store. I am cleaning out 9 closets worth of Stuff that is being sorted into piles labeled Garage Sale, Throw Away, Keep. Every time I step into my little oasis of a closet with its mini chandelier and get teary, I remind myself that a wall of stilettos is not worth giving up trips with my husband and a college fund for my kids.

Then there are those few people who listen quietly and nod and smile and ask questions about our plan, and seem confused or concerned while I'm talking, but then will tell me--almost in a conspiratorial whisper--something along the lines of: "Wow, I really admire you guys."

It's interesting how when a person is making a major life move, especially one that tends to go against the norm, people have strong opinions (which they tend to volunteer freely). I suspect for some, it is truly out of concern and love because they are worried we are making a mistake. For others, I suppose it is simply disconcerting to see others doing something that holds potential regret. And I have no doubt that some are forced to face their own demons when presented with my choices.

It all makes me anxious: the packing, the waiting, the not knowing where we are going, the looking for a new neighborhood that is "good enough" but also "cheap enough" (quite a feat in South Florida), the giving up of this house...the house we thought would be The House. And yes, sometimes, people's reactions make me a little anxious too. But really, I have realized in my old age (uh, hello? 41?) that I have quite a rebellious side, and there is nothing like telling me something I think is a good idea is a bad idea to make me really want to tackle it and kick some serious ass coming out on the other side all shiny and happy.

The bottom line is: yes, some of this is risky. Yes, some of this is considered a little loopy, especially by society's standards (I can not tell you how many times people have asked me: "Who the hell downsizes?!?"), where everything and everyone is about More and Bigger--all categorized under the label of  "Improving." Yes, I am scared, sometimes. But I'm doing it anyways. Because this is really what I (we) want. This is worth the risk.

Sometimes, in life, even the chickenshits have to be brave and do things anyways...because that, after all, is what really matters.
Posted by Liz Aguerre at 8:48 PM 8 comments: