It's a good thing he didn't marry me for my cooking...

I think some of us were just never meant to be housewives.

And by "housewife," right now I'm just talking about women who are pretty good at those housewife-like duties of cooking and cleaning...it doesn't matter if you're a stay-at-home or a working mom or a married woman with no kids or a single girl living it up in Manhattan (What? Carrie must've cleaned some time..!).

Oh, I know. Most of you are going: "But I don't like cooking and cleaning!" But c'mon...I know the truth.

Some of you do.

I know, because I have friends who are like that. I have one friend, in fact, who considers it a sacrifice to skip a night of cooking (on a weeknight, no less!) because she "enjoys food so much." I have another friend who would squeal inside her own head when she got a chance to peek at the top secret recipes of the restaurant where she used to work. (And I'm not even going to mention one of my blog-world idols, The Kitchen Witch, who somehow has managed to lure me in as a devout follower in spite of the fact that her blog revolves primarily around recipes, which I have, admittedly, never ever tried, even when I swore I would--and truly believed that for the length of time it took me to comment on her post). Yes, many of you out there...even those who dread the middle-of-the-week-mandatory-meal-making...actually like to cook.

That is--even for me--almost understandable. But then there are those freaks who like to clean. Or, at the very least, don't like the act of it, but love the results, and are actually competent at the process. (You know the former waitress friend? A spotless tub also has the power to inspire squeals.)

I, on the other hand, have come to terms with the fact that I. Am. Not. One. Of. These. Women.

I clean, because I have to (my former cleaning lady was mediocre, at best, and had a tendency to break things, but oh, how I miss her). And when I clean, I do so with a look of disdain and confusion all rolled into one. "Why is it, exactly, that the damned Mr. Clean eraser is really not that magical at all when I use it?" "Why is there something orange-y growing on top of my mildew-y shower tile and how the hell do I get into that corner to remove said orange-y and mildew-y matter?" And, I admit it...sometimes...no, not just sometimes...often, really often...while cleaning I also think...(ready?): "I'm just too good for this." Yes. It's true. I know. It doesn't make me sound very nice. But it's true. When the damn orange-y thing is flicking up at me while I scrub at it with the totally improperly-shaped shower brush, I think: "Certainly, I was born for better things...."

And when I'm done, do I enjoy the cleaning then? Well, mostly I enjoy that I don't have to feel guilty about not doing it for at least another 3-4 weeks (yes, I realize going 4 weeks probably explains the orange-y stuff).

So lately, I've been getting pretty sick and tired of eating the same cycle of almost-not-counting-as-cooking-because-all-we-did-was-cut-up-vegetables-and-crank-up-the-microwave-meals, so I decided to try a recipe I stumbled upon in a magazine (a fitness magazine, NOT a cooking magazine...I can assure you, I have never even peeked inside one of those). It contained a handful of ingredients, was healthy, and included lemon and capers...two flavors I've recently decided might rank right up there with chocolate and chicken wing sauce.

I came home today and pulled out all of my ingredients and proudly opened the package of thinly-sliced chicken breasts.

And that's when I had my first setback.

I forgot how completely repulsive I find raw animal product. It is always, without fail, when I am washing or cutting or seasoning a hunk of raw chicken that I decide, for the 800th time in my life, that I am going to become a vegetarian.

Once I got past that minor issue, I proceeded to bread and saute (Note: I have no idea if what I did, was in fact, saute. That's what it said to do. I put the chicken in the pan with the olive oil and cooked it.), until I had a decent looking piece of chicken, decorated lovingly with capers.

I stepped back, looking at the kitchen counter littered with tablespoons, teaspoons, flakes of Italian seasoning, lemon seeds, bowls, and, after wondering how I can manage to get this much stuff dirty when the recipe required a whopping 8 items total, realized I no longer had any desire to eat this meal.

The truth is, in spite of the fact that it did taste pretty damn good, I don't like any particular food enough to go through the hassle of making it. After all that, I was kinda missing my microwave meals, Kashi pizzas, and giant homemade salads made from mostly pre-washed, pre-cut veggies.

So that's who I am. In spite of coming from a mother whose main hobby/passion/badge of honor is her cooking (and spotless tubs), I just didn't inherit any of those genes. I'm just not good at it. And, to tell you the truth, I don't really care. But hey, if you ever need the number to a good take-out place, I'm your gal.
Posted by Liz Aguerre at 6:48 PM 8 comments: 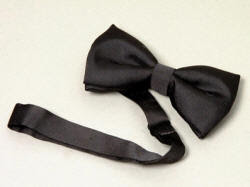 Last year, I made a non-resolution to live lighter:
"I want the load of my anxieties, my stresses, my pessimism, my perfectionism, my temper, my essence to be lighter."
I thought, then, as I planned on trying to be less of who I was for the coming year, that I needed to change who I was, at least a little bit...be That Girl I wish I could be. But tonight, I was reminded, (by overhearing a rather innocuous dinner conversation between Hubby and my 5-year-old and watching a chic flick, mind you) of what I actually used to be like: a much sillier, goofier, less uptight version of who I have become...the Me who still paid bills on time, obsessed over details, worried about medical tests of any sort, but still had the lightness in her to do Kermit the Frog impersonations on a regular basis, laugh out loud all the time, and take herself--and the world--a tad less serious.
Where do I find that in-between? The balance between That Girl and This One...the one who became Mama and almost 40 and co-owner of a suburban home on a corner lot? Is there a balance? Can I be both? Or does one get lost within the other?
Posted by Liz Aguerre at 11:24 PM 14 comments: