When your kid flips you the bird 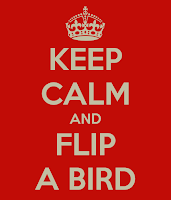 "Project UnderBlog is a place where bloggers are accepted based on the power of their words and not on the reach of their numbers – where they can be heard, promoted, and celebrated no matter their size. It is about celebrating the fierceness of the 'underblog.'"

I am honored to be "heard, promoted, and celebrated" today on Project: Underblog! Please go read one of my favorite posts here and celebrate the "underblog."
Posted by Liz Aguerre at 4:48 PM 3 comments:

Friendships: The More the Merrier

*This post originally appeared in September of 2010, but I am reposting it today as part of Project: Underblog's theme-based monthly link-up. Root for the underBLOG and check out their site. It's not just about comments and stats and social media. Sometimes, good writing is just about "small and mighty" voices. 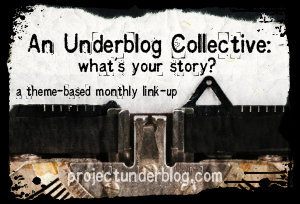 I've been thinking a lot about friendships lately.


My dearest friend's 7-year-old granddaughter is having some issues on the playground. She can't quite understand how her best friend can be her best friend one day and completely ignore her the next.
"That's just rude, Gram. And it hurts my feelings."
It's tough being a girl. Women are difficult creatures. We desperately need each other but we push each other away, claw and snap and bitch, and talk behind each other's backs.


My friend assured her granddaughter that "one day" she'd find that one true best friend:
"Really, Gram? You promise?"
"I promise."
I told my friend that I thought that had been a terrible promise to make (we're honest like that). I'm not sure I really believe in the notion of a best friend anymore, although lately (and here's the truly ironic part) I feel I am in some of the healthiest relationships of my life. The notion of That One True Best Friend--the promise that little girl is holding out for--puts a whole lot of pressure on her and especially on the girls around her. No one person should be responsible for being every thing to anyone.


That little girl may be so busy looking for that One Girl that she may miss out on all the ones skipping happily around her on the playground.


In spite of the fact that most people would probably describe me as very outgoing, I've actually spent most of my life being somewhat anti-social. Growing up, I was never accepted into any of the Cliques Of The Moment, and more often than not, I'd find somebody who was "like me" (read: a little too loud or a little too dramatic or a little too awkward or a little too whatever I happened to be at the time) and I'd latch on. I'd found her: my friendship soulmate! And eventually, as is almost always inevitable with females, she'd screw me over. There was Marilyn in 3rd grade, who one day came back from lunch and abruptly and silently pulled her desk a few inches away from mine and refused to speak to me. I remember Lena, in middle school, who decided hanging out with "the other girls" was way cooler than hanging out with me (she was probably right). The list goes on and on. I realize there were probably many times that I, too, had disappointed them...I don't doubt that I said something completely inappropriate to Marilyn that day at lunch, but couldn't she have told me what that something was?
What I've come to realize over the last couple of years is that all that time I spent excluding everyone else to be with my One True Best Friend, I had missed out. A lot. On people, outings, experiences, adventures, life lessons.


I now find myself surrounded by a lot of really remarkable women...some I had pushed aside for years because I simply "didn't have the time" to spend with them. I am more open, less judgmental, and having a whole heck of a lot more fun. My "collection" of girlfriends are all incredibly different: with some I can discuss, in great details, Marc Jacobs's personal make-over...others shop "exclusively" at Walmart and Target. For some of my friends, sweating is restricted to dancing and sex...others are game for anything from a 5k to a full-out adventure race. I would not call any one of these women my Best Friend. I know who I can call in the middle of the night when my kid is running a fever of 105. I know who I can call when I'm desperate for a night of dancing and drinks. Some of these women know secrets about me that the rest of the world would be shocked to know. Others, I'm just starting to truly trust.
Today, I "asked a girl out." Well, that's what it felt like, anyway. I recently started to talk to someone at work who seems to be so amazingly interesting and intelligent and just plain "cool," that I stepped out of my old comfort zone and, after 30 minutes of chatting about designer galoshes, world-wide travel, Christian Louboutins, mamas' boys, marriage and children, I decided to make a plan to get together next week. This may seem like a totally normal thing to do. But for me, it felt foreign. This woman may become one of my girls. Or, perhaps we will get together and have absolutely nothing to talk about (although after that 30-minute-all-inclusive-chat, I doubt it!). But the point is that I have finally figured out that I don't need one Best Friend. I need lots of really fantastic friends. I am no longer disappointed, because I don't put all my eggs in one basket. I have lots of baskets, and I'm skipping happily around with them on the playground.