Before heading back to Florida, we wanted to make a couple of stops in Tennessee for two of our favorite things: country music and Jack Daniels Whiskey.

Stop 7 was Nashville, TN. We knew this was not a particularly family-friendly town, but we wanted to scope it out and see if it was somewhere Hubby and I would want to go back for a mini getaway in the future. Plus, the kids could say they saw a super popular city, even if they hated it (which, by the way, they did). The campground where we stayed, despite a million excellent online reviews, was a bit bizarre and quite disappointing. What we thought was going to be a cool, family campground with a country theme, turned out to be a clean, but super hot and shade-less parking lot filled with really old and serious folks listening to even older people perform on their little stage at night. I felt like I was stuck in a parody of RV traveling. One of the perks of traveling this way, however, is the flexibility it allows, so we cut this part of the trip short and only spent a couple of days there. We went into downtown Nashville for a few hours on the first day, ate dinner at the Florida Georgia Line House, longed to go into one of the many smoky and totally kid-inappropriate bars we walked by where excellent live music was playing, and watched the city prepare for its huge July 4th festivities.

The next day was Stop 8  Lynchburg, TN...a town that seems frozen in time. Seeing my truck with all the boards parked in front of the Jack Daniels Hardware Store in "downtown" Lynchburg was quite amusing. 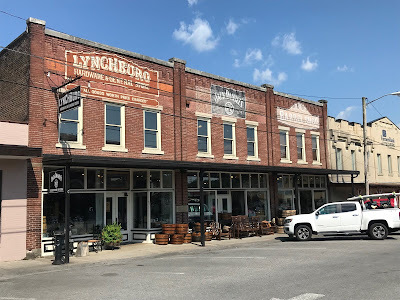 We toured the Jack Daniels Distillery, which, even for non-whiskey drinkers is a major tourist destination, so for us...well, if you know us, you understand. 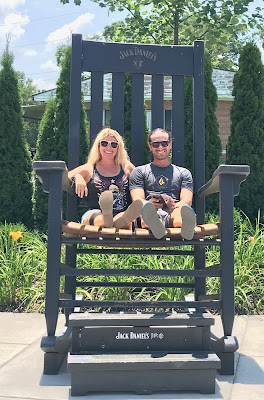 The excellent reviews we had read did not lie: this tour was super cool. Even the kids tolerated it. They especially enjoyed the part when they found out that Jack Daniels died of gangrene infection brought upon by a broken toe from kicking his safe in frustration. 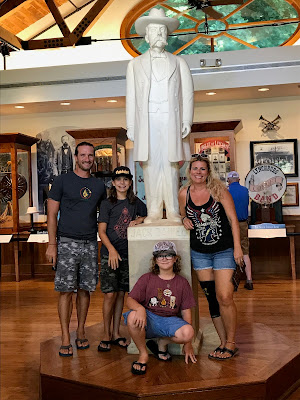 And if you've ever seen any of those Jack Daniels commercials on TV....well, all those people really do work there. We hung out a bit with this guy and got some cool stories.

The distillery is to Lynchburg what Disney World is to Orlando. The entire area (which, ironically, has been a dry county since the days of Prohibition) is completely dependent upon the distillery, which is the only place in the world Jack Daniels whiskey is made. 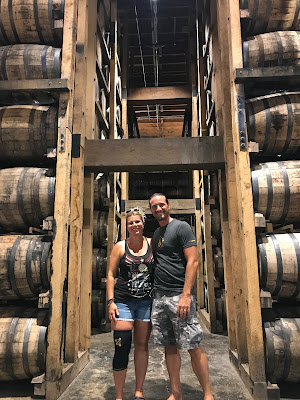 We spent quite a bit of money in the store, which sold everything from key chains to furniture made out of the recycled barrels. We have been enjoying some of our souvenirs already... 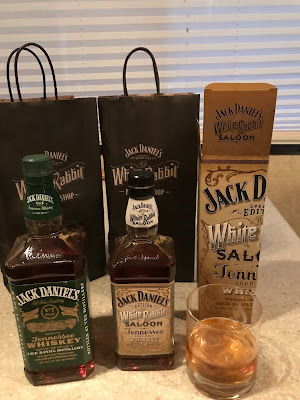 After saying goodbye to Nashville and Lynchburg, it was time to start heading back to our home state. Stop 9 was Florida Caverns State Park in Florida.

Back when we were rookies at all this RV stuff, we took our first "long" road trip: 8 days in Florida, and the caverns was one of our stops. We wanted to take the boys back there, especially since Aidan Kai didn't really remember much.

Here we are in the caverns in 2012 on that first trip: 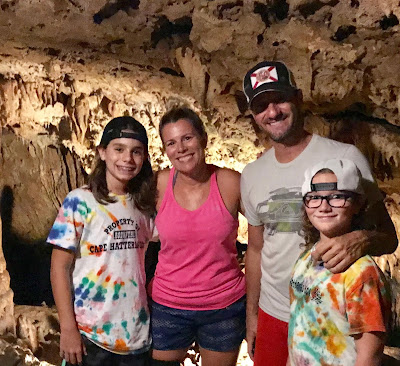 One of my first RV-ing memories is of pulling into that campground, late at night, opening the door, and being a bit intimidated and awed by the height of the trees and the darkness in that park. It felt so isolated and "in the woods." It was interesting to go back now, all these years later, and see how the trees weren't really that tall, and it wasn't any darker than other parks.

We toured the caverns and were once again amazed by them and their natural history. We also did a mini hike that took you by and through some caves which were used by Native Americans and returned to a natural spring recreation area which we had visited in 2012. We had a lot of fun jumping off the diving board and into the cave opening of the spring, and after all those frigid water temperatures in the mountains, 72 degree water did not shock us quite as much as it did the first time around. 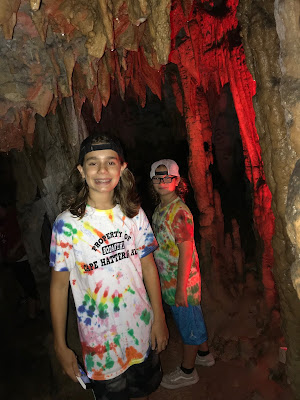 Next (and last) stop: Destin, Florida!