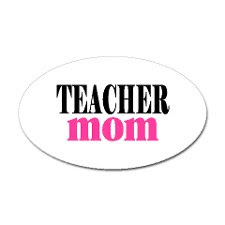 My oldest will be starting kindergarten next year at "Mama and Daddy's school," and I needed to attend an informational meeting. It felt odd to arrive as a mom. It felt decidedly and shockingly different.

Then, suddenly, as so often happens in this journey called Parenthood, we realized that maybe it was quite possible that perhaps we were not so sure about all of this after all.

"You want to be a drive-by parent?!?" my amazing-single-mother friend/hairdresser extraordinaire gasped. "Let me get this straight: you're telling me that you could put your kid in your school, you could handpick his teacher from year to year, you could monitor everything everyday, you could be right there in case of an emergency, and you are choosing to send him to his neighborhood school instead, in a school district where you know absolutely no one, where you would have to drop him off to morning daycare and pick him up from after school supervision, where you would be just another parent who, in order to be heard, would have to make an appointment just to get clarification on a homework assignment, and you're gonna choose that? You're just gonna roll the dice? What you're telling me is that you basically have won the lottery and you don't want the money. No thanks, I don't actually want to give my kid any sort of advantage or opportunity. No thanks, I don't want to be involved in the first most important years of his education."

That wasn't exactly what Hubby and I meant all those years, but when you put it that way...

Fast forward to tonight, when I drove for the first time ever to my job to be Ben's Mama.

One of my worries had always been that I wouldn't feel like a mom taking her kid to school; that, instead, I'd feel like a teacher taking her kid to work. But I didn't. When I looked up at those teachers, I didn't see co-workers. I saw Ben's Teachers. When I walked in, we weren't greeted with cordial stranger hello's. We were greeted with hugs and love and genuine warmth. I felt welcomed. I felt that I would be turning my kid over to people who knew me, who knew us, and who would eventually know him...the good and the bad.

Both Ben and Aidan behaved beautifully throughout the one-hour meeting. They colored and drew and whispered. When Ben asked if he could run around the cafeteria with a buddy after the meeting ended, and I said no and reminded him that "this is going to be your big kid school soon; you have to do the right thing." He nodded emphatically, almost immediately, and smiled: "I know." When I told Hubby how proud I was of their behavior, Ben told Daddy about "the lady who even turned around during the meeting" (another teacher disguised as a mommy for the night) to say that "Wow, they must be really good kids." He, too, seemed to notice something was a little different here...this was no longer the VPK playground where he jumped off chairs and played with grasshoppers: this would be the Real Thing. "Aidan," he explained dramatically to his little brother, "this is Mommy and Daddy's school, but this is where I'm going to be for kindergarten next year."