I am a writer 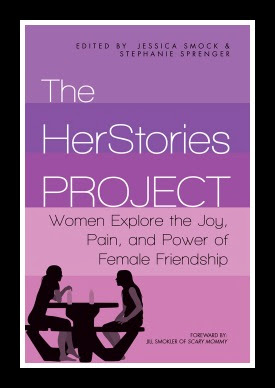 That's what I tell myself, anyways. And, for the most part, it's true.


I've been a writer for as long as I can remember.

That sentence, there, is hard for me to form:
I have been a writer for as long as I can remember.

Usually, it's more along the lines of:
I love to write...or...I have always loved writing...or...I wanted to be a writer when I was a kid...or, my favorite disclaimer of my artistic ability: Yes, I've had several books published, but that doesn't really count, because they were educational books, so I'm not really a writer, I just love to write.

"But ultimately, a writer is someone who writes," according to Dani Shapiro, author of Still Writing: The Perils and Pleasures of a Creative Life.

All the time and everywhere and for as long as I can remember: scribbled sentences on coffee shop napkins, diaries and journals and notebooks filled to the margins, pages and pages of typed up "chapter books" on my sister's typewriter when I was eleven, love letters, hate letters, poems filled with angst and dripping in narcissism, musings and essays and blog posts...

And for the first time in my life, I am just starting to realize that I no longer want to clean that up, or tack a disclaimer onto it, or apologize for it, or explain it. It's a very, very big part of who I am. It's the one thing I found all on my own, when I was very little, and figured out that not only could I do it pretty well, but I loved doing it, and even more consequential: I needed to do it.

But I never said it didn't matter if someone else reads it, or says it's good, or tells me I moved her or made her laugh or made her feel relief. I write for myself, but when someone is out there and notices it, well then...it makes the rapture of having written something all the more...rapturous.

That's why when Stephanie Sprenger and Jessica Smock of The HerStories Project contacted me and asked if they could include one of my pieces in their upcoming anthology, it was a really, really big deal. I don't think I realized, in fact, how much I actually cared if there really was an audience out there until this happened. I keep saying how "honored" I am to be included amongst these 50 contributing writers for this project, but I feel like it sounds so cliché. Everyone says I'm honored, all the time. But I am. I am honored.

It is a honor.

...An honor that they found me, that somehow out there in the blogosphere, someone read my words and thought they were good enough and important enough and relevant enough to include in this project.

I wrote the essay that will be included in the anthology for Me. I wrote it because, at the time, I needed to. I wrote it because I'm a writer. But it sure is nice when someone else is sitting out there, in the audience, listening and applauding.

"The HerStories Project: Women Explore the Joy, Pain, and Power of Female Friendship is a collection of essays from over 50 women writers, encompassing tales from the sandbox to the inbox."
All the info on the book can be found here.  Read some of the early reviews, find out how this project got started, and of course, look for li'l ol' me on the "Contributor" tab. And then, make sure you sign up for updates...you'll receive all the information on the book's upcoming release, as well as sneak peeks and discount information.