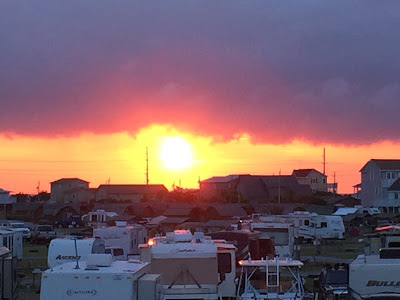 "Mommy, I've never felt this way. I've never been this happy."
"That's bliss, Ben. That feeling is called bliss."
"Blissful," he stated. He smiled, and got back on his bike.

That was on our third night in Outer Banks, NC. My 9-year-old made that comment, out of nowhere.
I knew exactly how he felt.

The last few days have been magical. Simple and magical. We did not do much: we mostly hung out at the Cape Hatteras KOA Campground where we played in the pool and on the beach, but there is no doubt that we all felt blissful.

We were in the town of Rodanthe on Cape Hatteras, which is one of the thin barrier islands that make up the Outer Banks. Rodanthe is towards the southern end, and in order to get there you either have to drive all the way from the northern end down or take two ferries from the southern end (which is what we did). What this means is that if you are spending time vacationing in this area, you had to put in some effort to get there. And what that means is that you have a lot of empty beaches, interesting people, and an overall feeling of being truly "away". 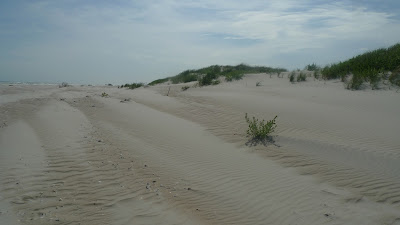 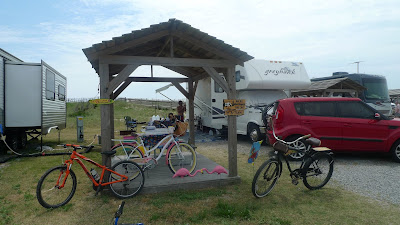 The feeling of being away from the rest of the world wasn't the only thing that contributed to our feelings of bliss. We played all day long: jumping, swimming, surfing, skim boarding, boogie boarding, biking...  We would put our bathing suits on first thing in the morning, and we were still running around with sand on our feet well after sunset. 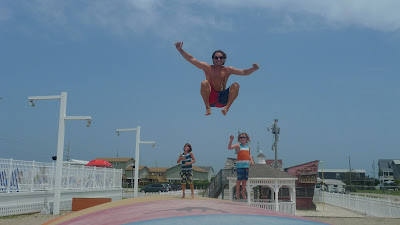 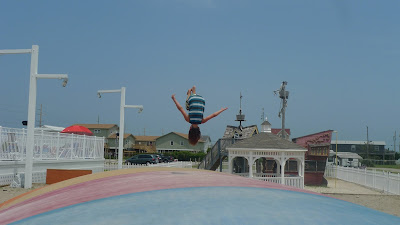 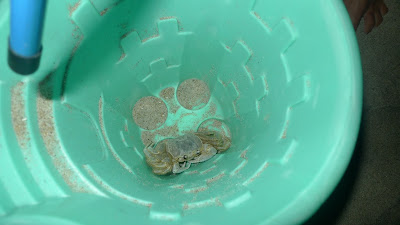 My little (and big) surfer dudes: 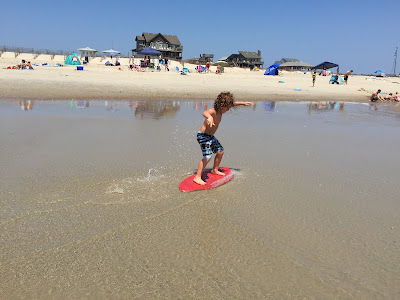 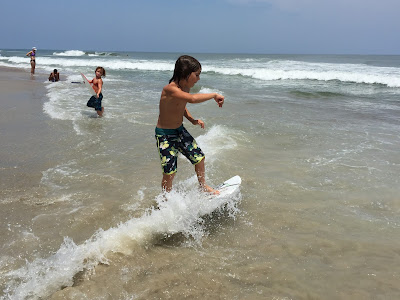 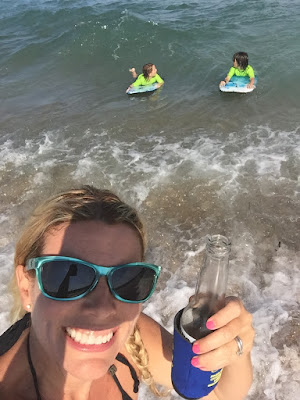 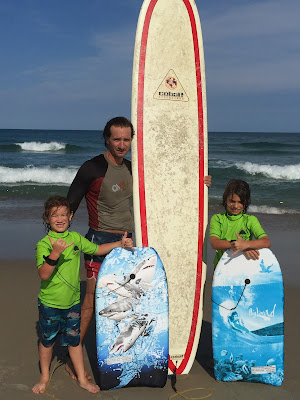 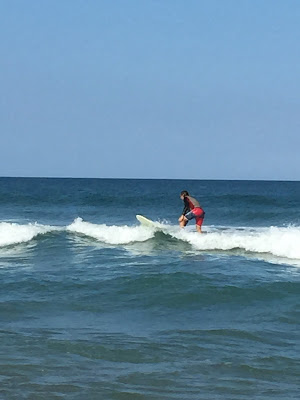 I got some board time in too, although I wouldn't call mine surfing...it was more like paddling against crazy-ass hard winds and then floating back to where I started. 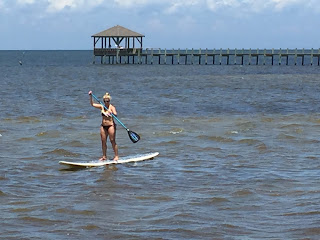 One of our favorite experiences was going to Jockey Ridge State Park, the tallest natural sand dunes in the eastern United States. The pictures just don't do it justice. It is awe-inspiring. 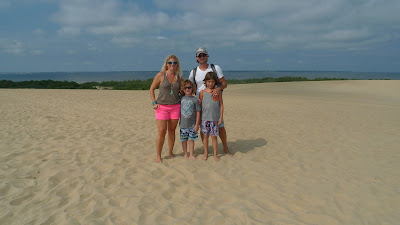 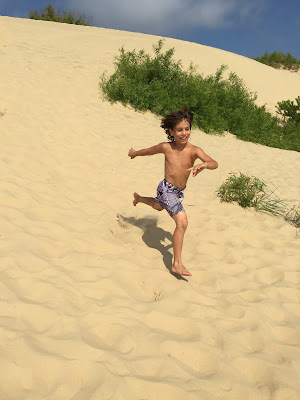 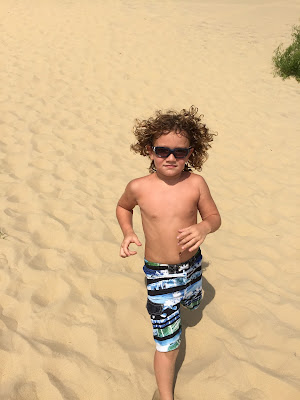 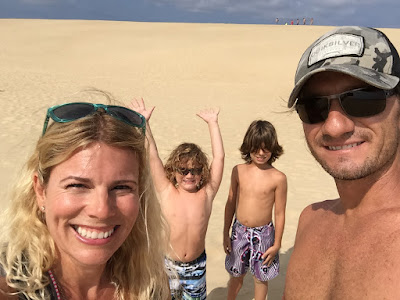 We got some shopping time in, too. The boys all bought major souvenirs. The little boys got themselves a real-deal, fiber glass surfboard: 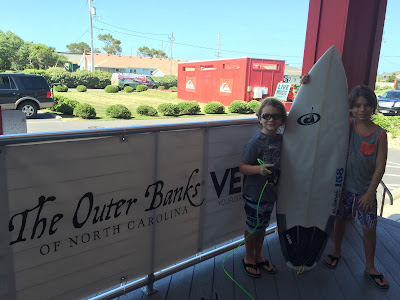 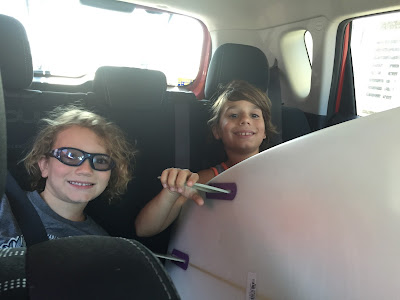 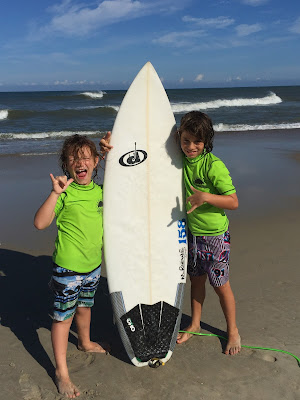 The big boy got himself a trainer kite for his latest hobby, kiteboarding: 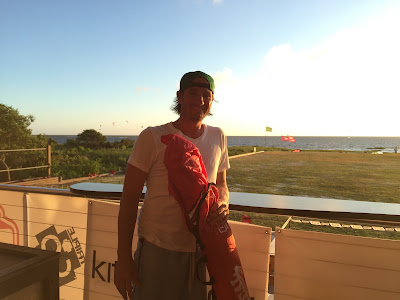 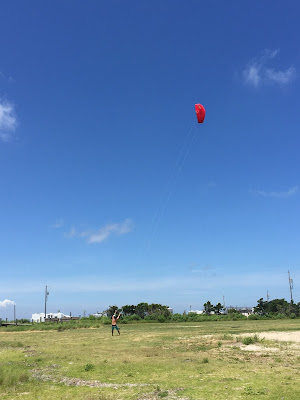 I, on the other hand, got myself what has now become affectionately known as "Hat": 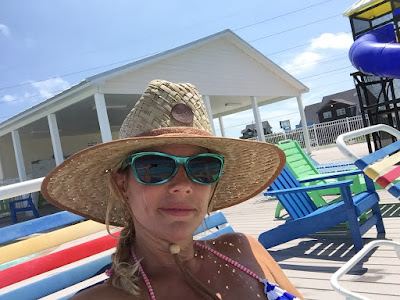 One of my favorite days was the one when we woke up to watch the sun rise over the beach behind the campground... 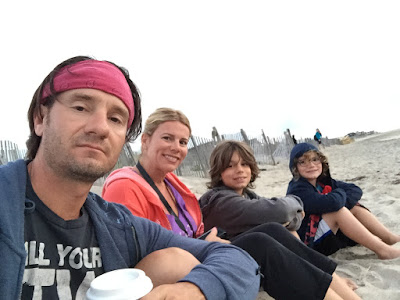 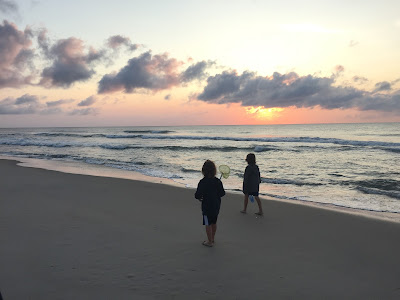 ...and then watched it set over the sound across the street. 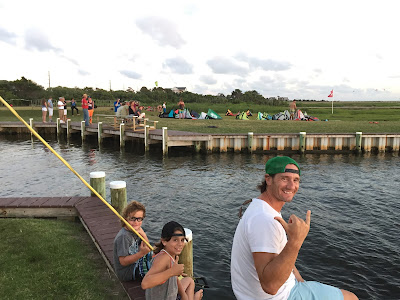 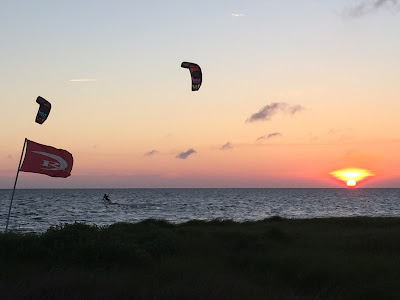 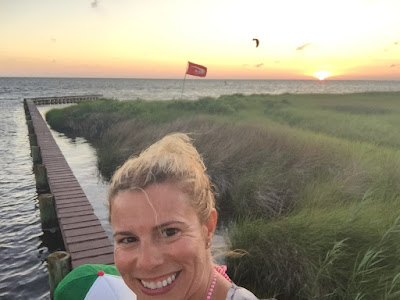 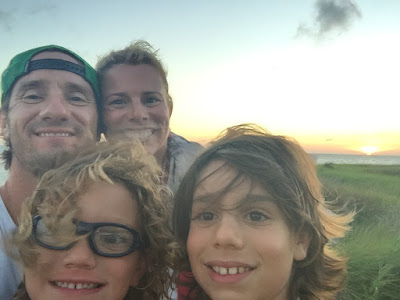 For sure Ben put it perfectly when he declared his feelings that night.
Outer Banks was bliss. 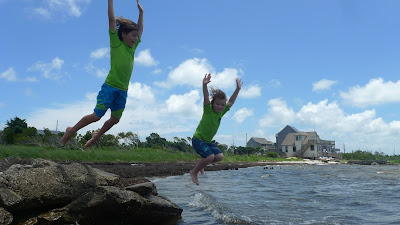 Now on to the next adventure: Washington, DC.