Even the sweet ones will flip you the bird, apparently - Throwback Thursday

The boys are pretty good lately. They are (almost) easy. They are doing their homework (almost) without reminders. They don't fight (too much). They are even getting up for school (most days) without even one sleepy grumble. But going back and reading an old post like this one keeps me from feeling too smug... It's hard to believe that this deliciousness once shot me the bird, huh? 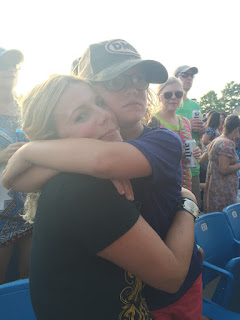 When Your Kid Flips You the Bird
This post was originally posted here on September 24, 2013
(I didn't even realize I wrote this EXACTLY 2 years today until I went back just now!)

Lesson learned...No chuckling here!!
Posted by Liz Aguerre at 7:58 AM