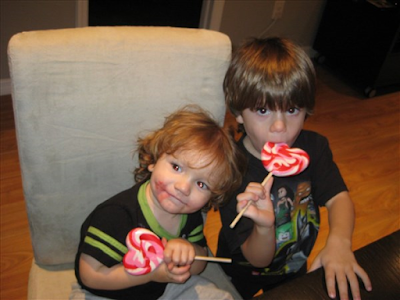 My knees barely fit under the table. It was my boys' coveted Little Einstein's arts-and-crafts-and-everything-they-wanted-to-do-table. There were accidental scribbles on it, and pieces of dried up play-dough. The cubbies underneath had mommy-assigned and boys-ignored designations: one was for the crayons, another for construction paper, and another for puzzles. (Needless to say, those cubbies were always a mess and it always drove me crazy.) I spent countless hours at that table. First with Ben, then with Kai, and sometimes with both. We drew. We colored. We made pizzas out of clay. When Ben had to decorate a t-shirt with 100 things of his choice to celebrate the 100th day of school and he absolutely insisted on making 100 paw prints (his school's symbol) in the alternating school colors in glitter, I sat at that table with him: I dribbled the 5 little globs of Elmer's glue with painstaking precision and he sprinkled the blue and gold glitter over each one. It took us days. But it came out perfect. 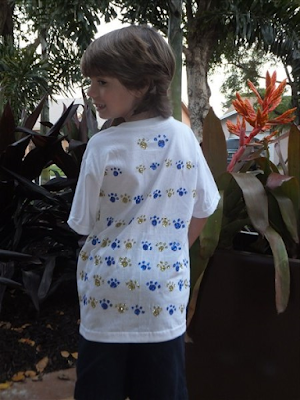 Today, the first Valentine's Day in which I have two middle school boys, is also the first Valentine's Day that I did not have to buy cards and candy for class distribution. Maybe if I had realized that last year would be the last year, I would not have complained so much about spending money on candy and cards for his classmates. (But isn't that the thing with parenting? You never know when those tedious tasks you rush through and sometimes dread...bedtime stories, bathtub battles, carrying them asleep to their rooms...will be done for the last time.) 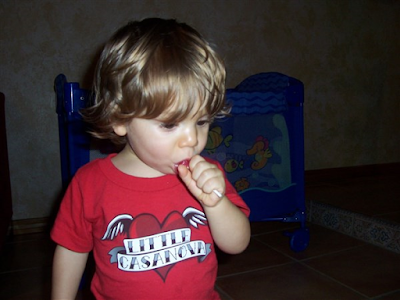 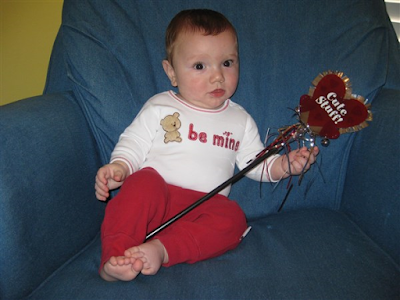 I feel like it was simultaneously yesterday and a million years ago that I sat at that little table, for a few consecutive years, helping them form the letters of their classmates' names and making them fit on those teeny Valentine's Day cards. There were the years in which one or both would insist on finding just the right cards: they had to be Mickey, or Transformers, or sports, and we would have to go to multiple stores to find them. Doing those cards with them was one of those tasks that took forever, and I wondered over and over again why I wasn't doing what so many of the other moms would do: simply label the To/From myself. But it was one of those things that mattered to me. As a teacher and a mom, I felt that these were those important moments when your 2 year old kinda learns how to write and your 5 year old kinda learns some patience. It was tedious and tried my patience probably even more than it tried theirs. I don't really recall with absolute certainty the last time I did it with them. I think I was on the couch instead, and they were kneeling at the coffee table. It was more of a making sure they were following through and their handwriting was neat enough to fit within the card than actually doing it with them. I was probably a little impatient then, too.

This morning I excitedly placed their Valentine's Day gift bags and cards on the breakfast counter. Bags filled with nonsense that took me almost an hour to find at Target yesterday. (Do you have any idea how hard it is to find something cheap and Valentine-y to give a 14 year old who is now shaving?!?) As I roamed the store aisles, I debated skipping the whole thing. Why spend $40 or $50 on cards and junk and candy they really don't need? But the truth is, they're still my babies and I actually miss sitting at that little table and being annoyed and wondering how much longer it would take to go through that darned preschool class names list so I could go deal with dinner or watch TV or take a frickin shower. Those days felt endless. I felt like I was trapped in a perpetual fog of little kid responsibilities and mommy minutiae. And yet here we are now: I am spending my Valentine's Day remembering that little table and those little hands with the dimpled knuckles clutching the fat pencils and clumsily forming the letters of their names.

What I realize now, all these years later, is that all those hours I spent torturing myself by making all those Valentine's Day cards with them weren't just about their handwriting and spelling skills. It was about Me and Them Time. Days like today, when their time is spent in a whirlwind of adolescent distractions, and I am but a blip in their day, I can think back to the days at that table and sit with those memories. I can miss them. I can relish them. And I can know that even if they don't think that those days were particularly important, they were for me. Much more so, in fact, now that they are long gone. Don't get me wrong: I want no part of parenting little kids anymore. I love the young men they are becoming and the relationship and life we all have now, but those days filled with messy art tables and Transformer heart cards are forever etched in my heart. And those two big kids right there...they will forever be my little Valentines. 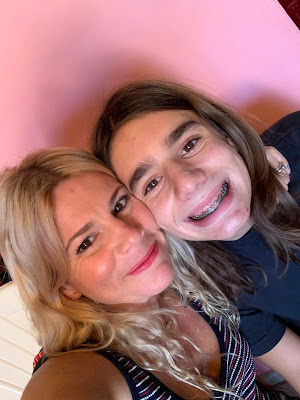 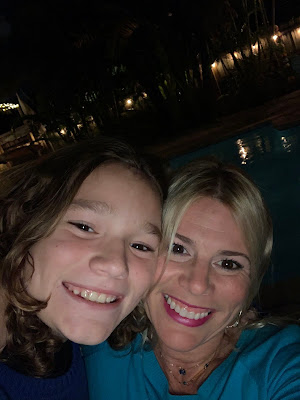