The wishes and resolutions of others 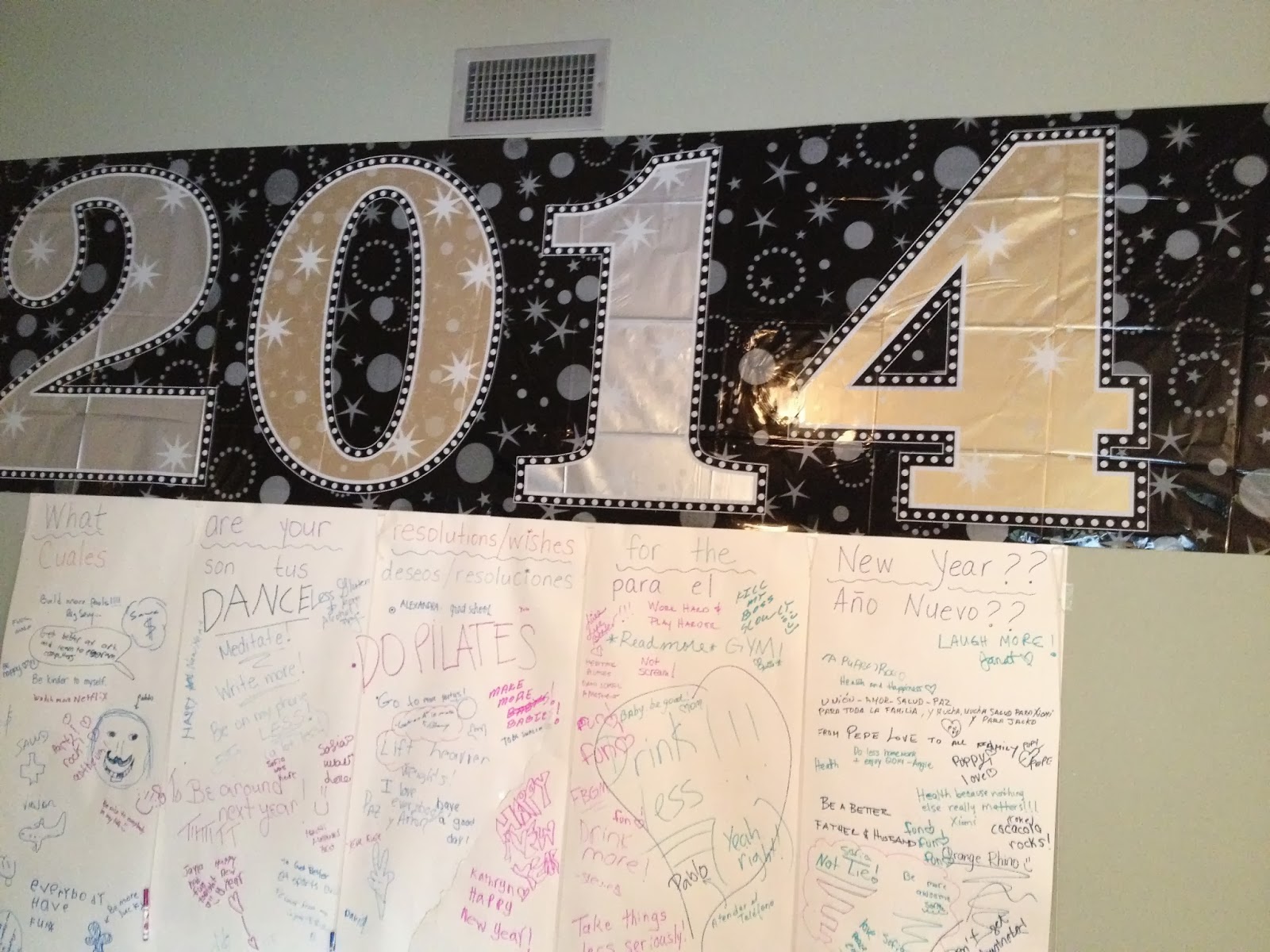 On New Year's Eve, we hosted a party in our house. Because we love ourselves a party gimmick, we covered a bare wall with white butcher paper and asked all of our guests--ranging in ages from 1 to 74--to write their wishes and/or resolutions for 2014. At first, I wasn't completely sure if our idea would be a hit, probably because I'm one of those insecure party-throwers who still worries that "no one is coming to my party" and "what if people don't have fun?". (Never mind the fact that we throw tons of parties in our why-did-we-think-we-needed-such-a-big-house-House, but I am sure that is just one more issue I should bring up with my therapist.) With the exception of the 1-year-old, who was way too busy either crying or losing her pretty tiny silver Mary Jane,  it seemed everyone had a lot to "say." 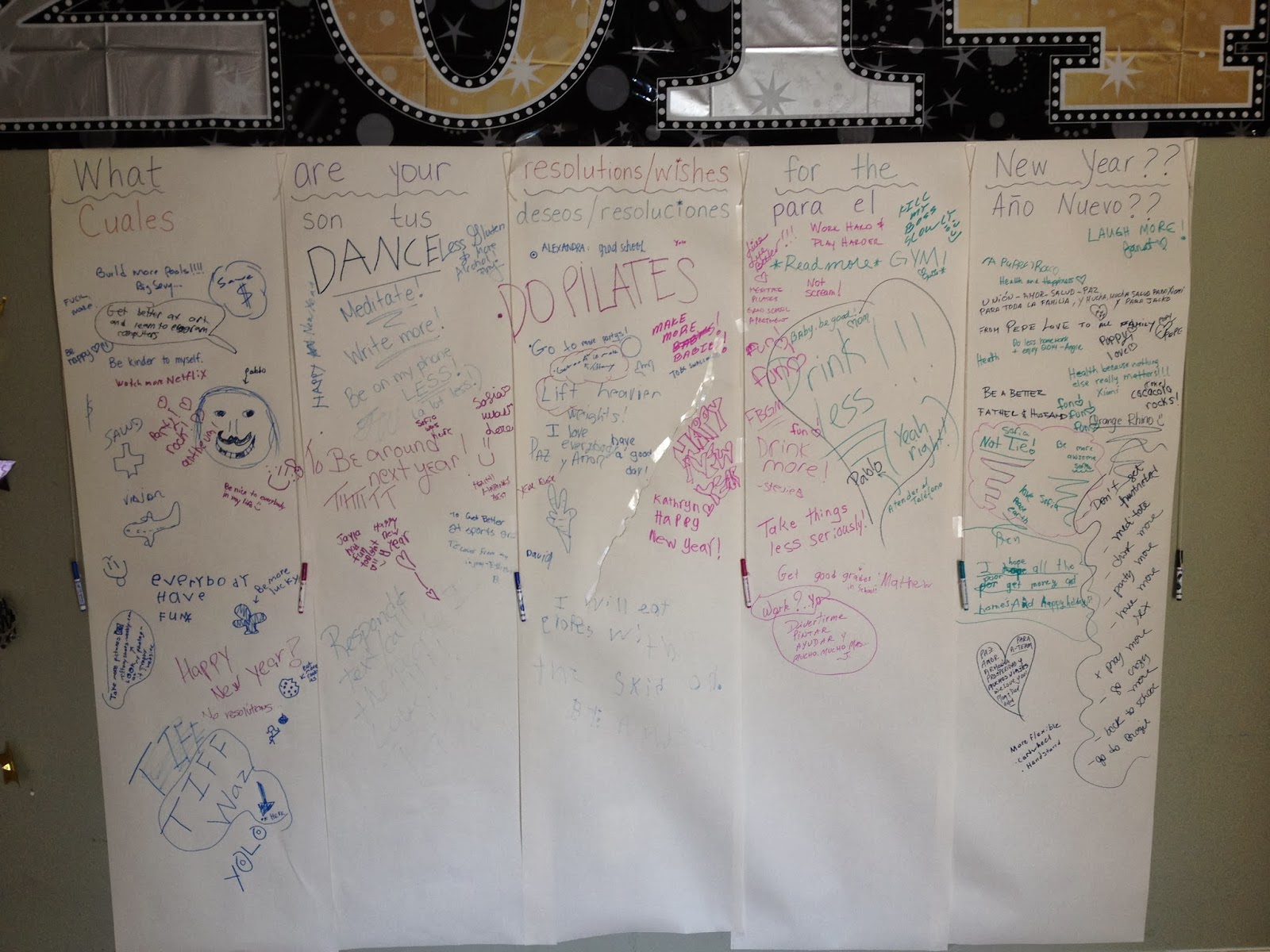 Some of the graffiti was serious and important:

Some of the wishes were very indicative of the ages of the wishers...
And little Andrew, whose grape eating habits have, apparently, been a problem his entire 5-year-life:

There were the usual, expected types of resolutions and wishes...like go to the gym and work hard, but then there were also those wishes that, hopefully, would not come to fruition...

It was especially interesting to see the difference between my two boys' wishes. Those who know my kids really, really well, got a kick out of this:


Bottom line: when we woke up on the first day of 2014, it was a lot of fun to take some time with our coffee and read the remnants of the night's leftover thoughts, hopes, and plans (especially since neither of us were hungover this year). It was such a mix of authentic resolutions, mixed in with some of the drunken commentary that probably should never have made it onto a wall where an 8-year-old lives... 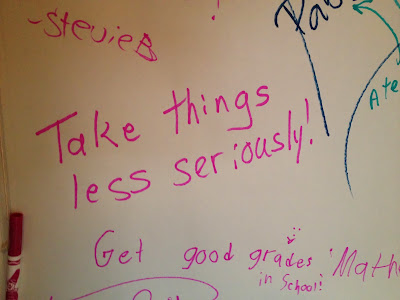 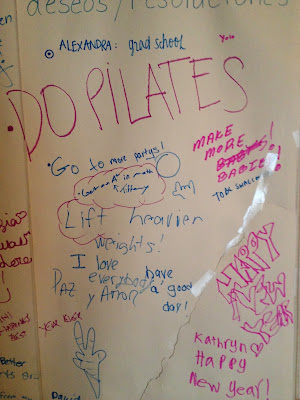 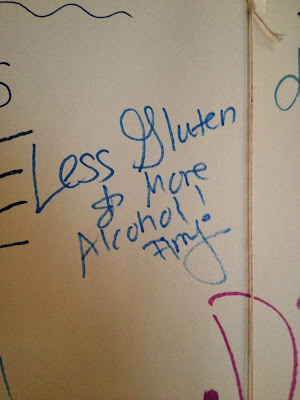 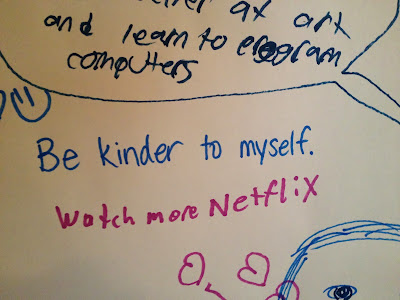 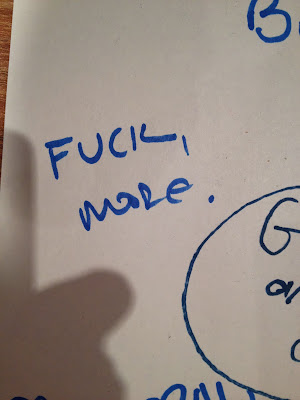 Oh, and here was mine: 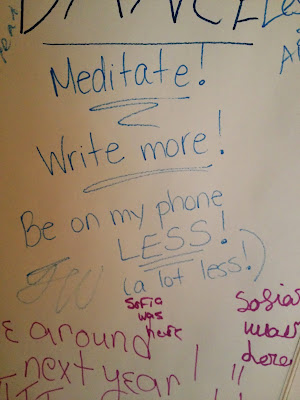 I have been just about as successful with my meditation resolution as Hubby has with his returning calls one. I guess that's a good thing, since neither of us have been very quick to judge or critique the other. As for my phone one, I'm trying... And the writing? Well, I'm here, ain't I?