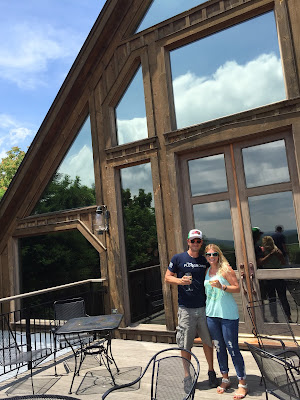 If the last post served as evidence of our badass-ness, then this post serves as evidence of our total and complete dork-ness. We made a bit of a Dave Matthews Band pilgrimage to Charlottesville. Granted, we needed a midpoint to stop and rest before we continued, but it surely was not coincidence that we chose the town where the band was formed, first played, and (the biggie) where Dave Matthews has his own vineyard.


It was a good thing we were not planning on staying long, because the campground we were in was completely and totally claustrophobic. It was sold out due to the July 4 weekend, and the sites were so cramped, that I felt like you could bump someone's camper if you opened your slide-out. And let's just say that most of the people there were really ready to celebrate the good ol' U.S. of A. We had to run the a/c fan all night in order to drown out the noise of everyone around us. Fortunately, we ended up being there only one night. (Although after a 15-hour-drive to get there from New Hampshire, Hubby really did not need anything to help him sleep.) 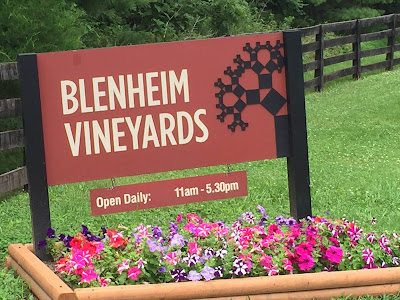 As soon as we woke up the next morning we drove to the vineyards, passing by the famous Trump Winery, and headed straight to Blenheim, the one that Dave Matthews owns. I will say, in our defense, that the winery has such great reviews that they do not even need to use his name. You wouldn't know it is owned by someone famous unless you were a dork like us, or looked into its history. I had read the kids the riot act before arriving: threatening them with a very long time-out at our next stop if they so much as breathed wrong. Fortunately, they did not disappoint. They played cards most of the time and were perfect. 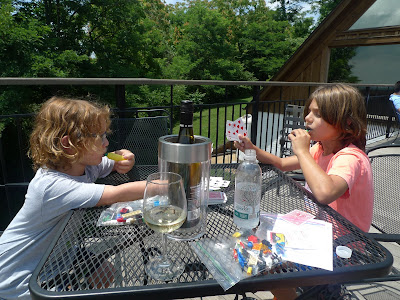 We did a wine tasting in the gorgeous tasting room and then bought a bottle to enjoy out on the terrace, overlooking the vineyards. We then spent a nearly exorbitant amount of money on the best souvenirs of the trip: lots of wine bottles, shirts, and stickers for the RV. The only way I could have been happier is if there had been a beach nearby and/or the band members had made a guest appearance. 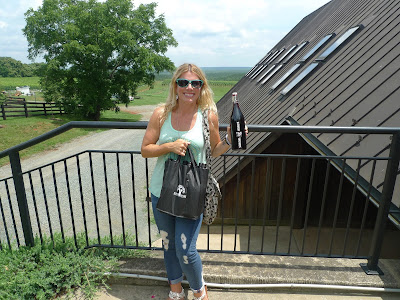 So we could almost justify that portion of our pilgrimage, because, after all, lots of people go to the vineyards. But then we went into downtown Charlottesville to see the 2 buildings only Dave Matthews Band fanatics will appreciate: the original Warehouse and Miller's. The Warehouse is where they played their first paid performance, and the name of their fan club and of one of their songs. Miller's is where Dave Matthews tended bar and met some of the other band members and formed the band. We took some pictures at both spots and had some really good burgers at Miller's. 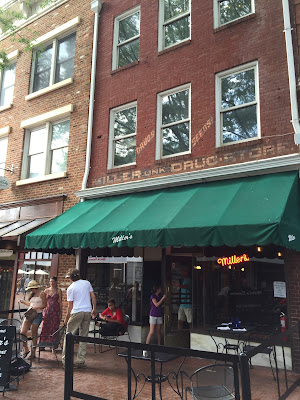 We decided to pack it up and get back on the road as soon as we made it back to the campground. We drove through a rainbow and a ferocious storm for about 3 hours to stop at a Walmart for the night (a first!). Although I knew many Walmarts allow overnight free parking for campers and trucks, I was still surprised to find three other RVs set up there for the night. After a month of traveling (and some cold days and nights), we are ready for our 5 day (repeat) stop at OBX for some bliss (no sharks, please). 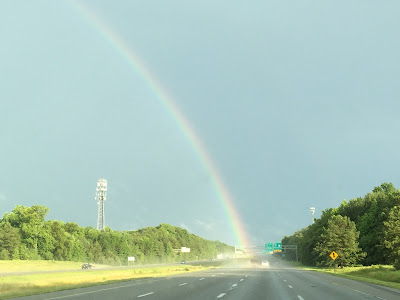 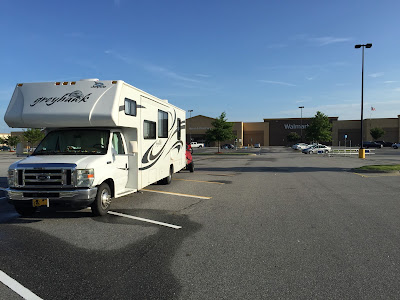 This stop at Charlottesville was such a frivolous, fun day. I'm lucky that I'm married to someone who understands the passion I have for this band and their music, and even feels the same way. It was the sort of day I could only have shared with him, and that is certainly something I will raise my glass to...Cheers!
Posted by Liz Aguerre at 9:34 AM