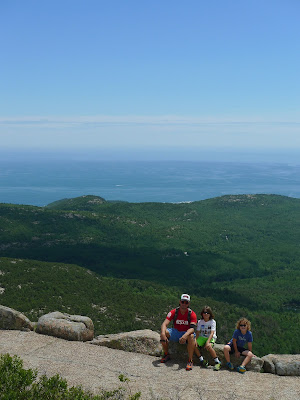 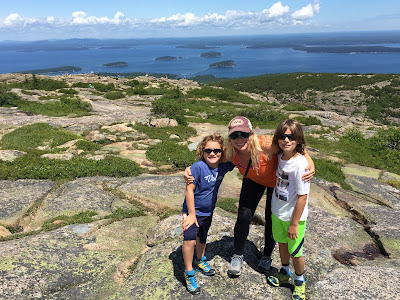 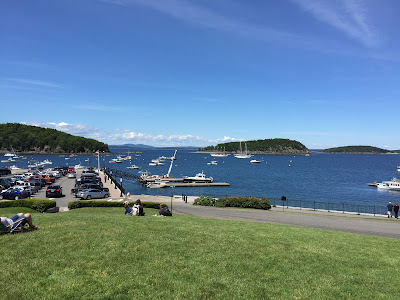 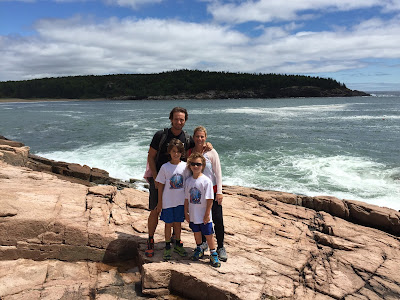 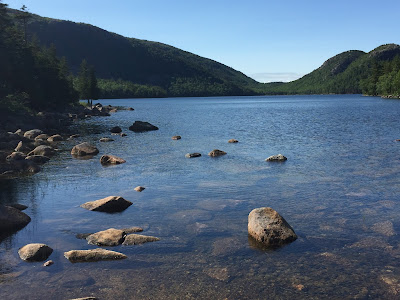 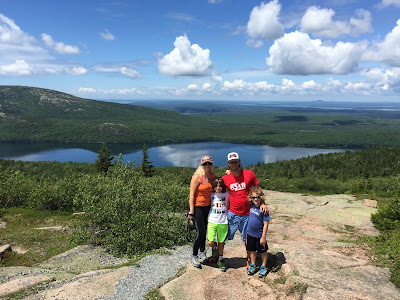 Ok, you all know how I said that Cape Cod was straight off a postcard?
Forget that.

Maine is a postcard.
Maine is an entire issue of "Coastal Living Magazine."

So breathtaking, in fact, that I did not even complain about the cold. (It was in the 50s a couple of the nights! Can someone please tell that state that is summer!?!)

Everyone who knows me knows that Hawaii is my #1 place ever. In terms of beauty, I gotta say that Maine was right there. (I kept telling the boys: "Now imagine all this beauty, these cliffs, the blue ocean...and add palm trees, warmth, and a beach lifestyle. That's Hawaii.")

I will go ahead and give you the disclaimer right now: in spite of the 400+ pictures and videos we took, I could not find one that truly does this place justice. And it wasn't just the sights: it smelled so amazing there (and no, it wasn't just the buttery lobster). I now understand how air can smell "crisp." Ben even said, "I hadn't realized how much air pollution we have back home until now." And when it wasn't just smelling clean, it smelled like Christmas tree. As Floridians, we were so amused by the fact that we were surrounded by "Christmas trees" everywhere we went.

We stayed at Hadley's Point Campground, just outside of Acadia National Park and about 5 miles from the town of Bar Harbor. We were supposed to be there only 3 days, but within a few hours of arriving, we were discussing the possibility of extending this stop.

We started our first day there with Diver's Ed Dive-In Theatre, a local must-do for the kids. He takes you on his boat "The StarFish Enterprise" with Captain Evil (his wife and sidekick), his Newfoundland dog Leviathan, and his diving buddy Mini Ed (a Lego diver), and dives with special camera equipment so the people on the boat stay dry while learning about the underwater creatures. He then brings a bunch up for a hands-on lesson/stand-up comedy act. The kids (and adults) loved it. 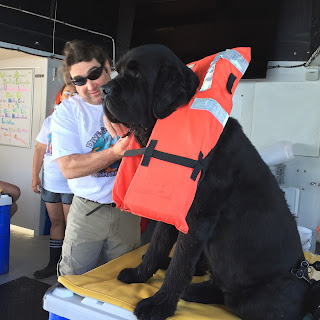 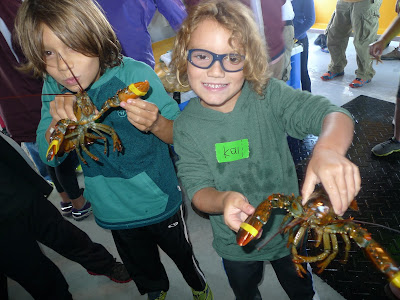 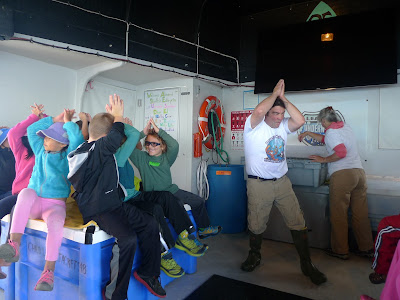 After the (freezing) boat ride, we went into the town of Bar Harbor, to hike onto Bar Island. It's an actual island right off the harbor that you can walk to only during low tide, when a natural land bridge becomes exposed. It was the coolest thing and hard to wrap your head around the idea that where you were walking would be covered with water in a few short hours. If we hadn't had the kids with us, we would have been tempted to sit at the nearest bar across the island and drink as high tide comes in and watch the people scrambling to make it over in time. (Kinda like when you go on a cruise and it leaves a drunken port like Cancun late at night...you wait on the top deck of the ship and watch the drunk passengers running to make it on board as the ship is getting ready to depart....oh wait...you've never done that? You must. It's hilarious. And no, we were not the drunken passengers rushing.) 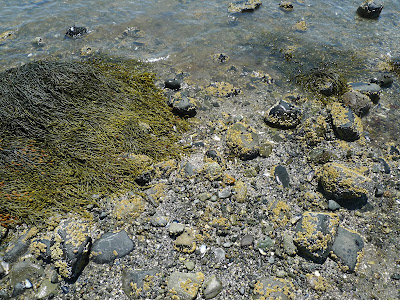 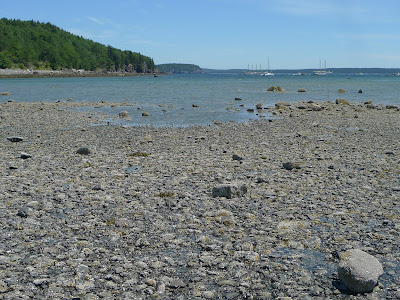 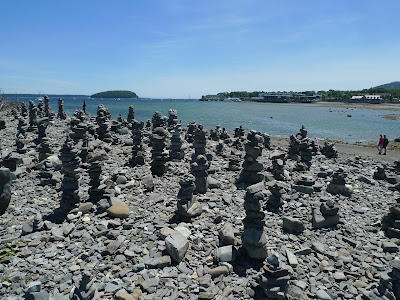 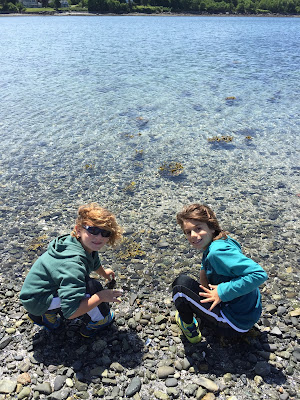 We did a very easy hike up to the summit of the island for some beautiful views: 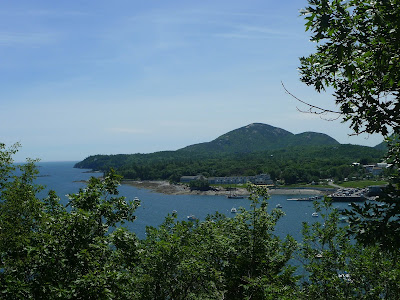 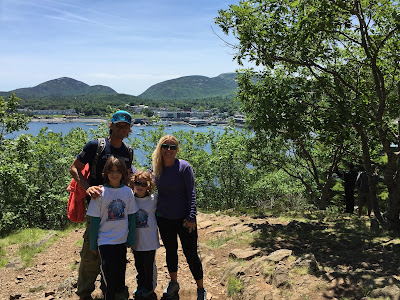 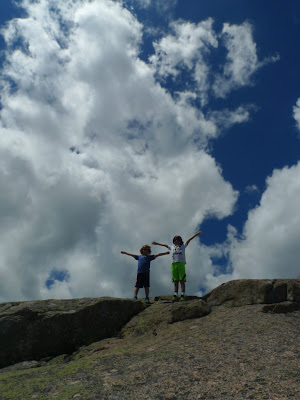 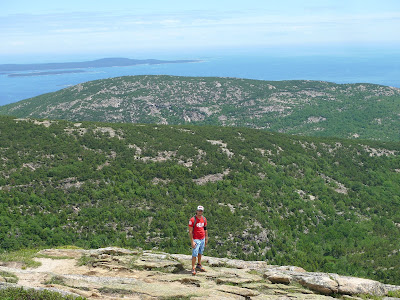 That hike, however, was "just walking" as Aidan Kai called it. The next couple of days we did some heavy duty hiking in the main area of Acadia National Park. They were all pretty strenuous for a 6-year-old (Aidan Kai was a little bad-ass on the trails) and a 9-year-old, and some parts were even strenuous for a 42 year old with bad knees (I'd like to think I was still a little bad ass too). The views were spectacular everywhere you looked. 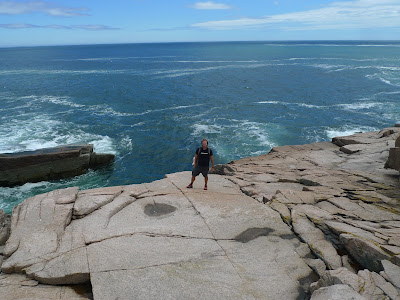 Although some of those precipices look dangerous, we were really cautious and made sure everyone was coming home in one piece. But we did have a little fun with photo angles: 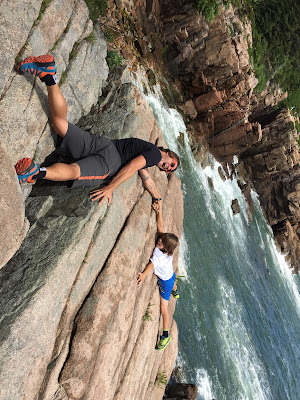 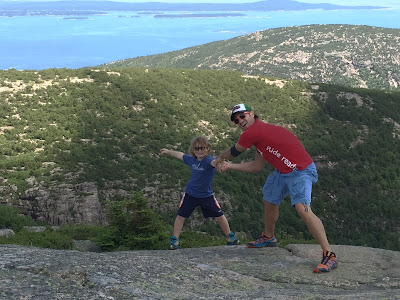 One of our favorite hikes was around Jordan Pond, a 3+ mile loop with planks and rocks that started and ended at Jordan House Restaurant, where you we had popovers and drinks. I don't know what was better: the popovers, the beer, or the views. 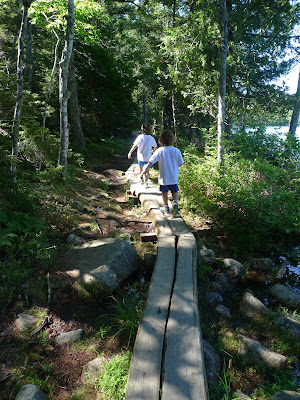 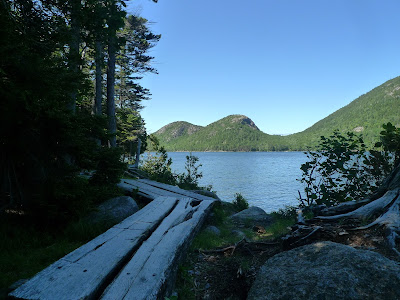 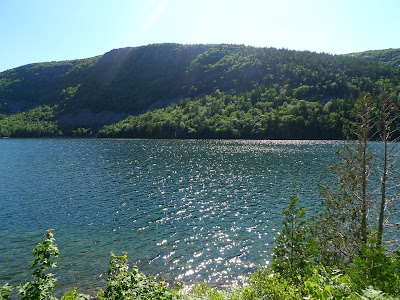 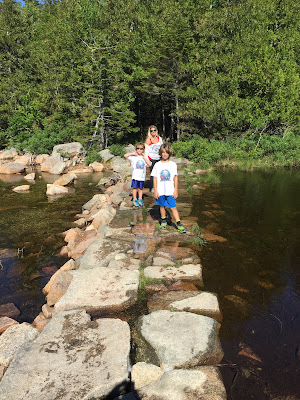 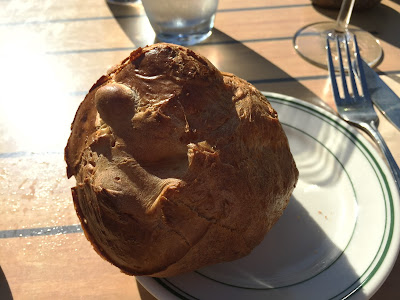 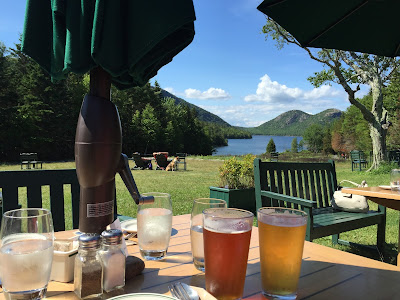 No matter how many times I've gone through my photos and debated which to add, it is nearly impossible to truly show the beauty of this place. Hubby and I discussed many times that we definitely want to go back sans kids (gasp!) to do some of the more strenuous hikes and kayaking and enjoy the town of Bar Harbor at night, with its romantic Shore Path walk and great little bed and breakfasts.

Our next stop is New Hampshire, where we were supposed to spend 2 days doing some more outdoor adventure stuff. But because we extended our stay in Maine by a day (we loved it so much and had some really bad weather kill one of our days there), the next part of our trip was slightly affected. When we sat down to discuss that, we both admitted we were longing for some palm trees and heat and feeling a little road exhaustion. As much as we are loving this adventure, we are all missing home a bit, and looking forward to turning the RV south. The kids, I think, have had enough of sightseeing, and I have had enough of 60s and below weather. So we've scratched Niagara Falls and are cutting back down to Charlottesville right after New Hampshire, and then returning to our beloved OBX for some more bliss before the concert in North Carolina on the 10th. Although we aren't actually going to be home any sooner, we will be heading in that direction and sitting on the beach along the way. The good thing is that everyone in the family wholeheartedly agreed with the decision to head south. I guess the only thing running through this family's veins more than gypsy blood is salt water!